How Retainer-Based Pricing Creates a More Stable -- and Happy -- Agency

Most of us are seeking stability in our personal lives: security, a feeling of safety, the calming effect of steadiness. While true stability originates from within, external forces oftentimes influence the degree to which we are close to or far from a peaceful interior disposition that is the result of stability.

Our agency spent the first five years of its existence as a project-driven organization. One consequence of this is that our revenue base could fluctuate significantly from month-to-month, whereas our monthly costs stayed relatively static. We'd make money in one month and lose money in the next, which is a cycle that results in a certain lack of peace and a perpetual sense of chaos.

The transition towards a retainer-based business model (at this stage, a bit more than 50% of our revenue base has transitioned) has alleviated a considerable portion of this burden. However, it'd be too obvious to focus on forecastable revenue as the cause of stability. Rather, the retainer-based and forecastable revenue was an effective agent that impacted other areas within the agency, resulting in increased stability and an underlying sense of employee happiness. 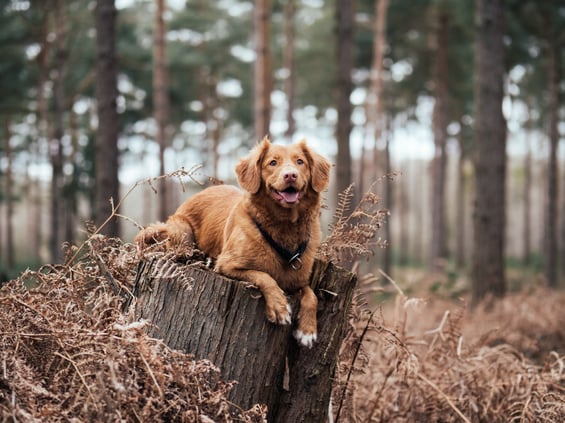 'No' Is a Word You Can Finally Use

There are good clients and bad clients and everything in between. Likewise, there are good projects and bad projects. One effect of having a forecastable and predictable revenue base is that we've been able to grow a bit of a backbone in terms of turning away projects that appear likely to go sideways or are too risky from a profitability standpoint. We've also been able to let bad clients walk away. When we were largely project-driven, this would have been difficult to do because we were consistently scrambling to replace completed projects -- and therefore terminated revenue streams -- with new projects.

One result of retainer-based revenue is that we are no longer operating from a position of desperation in regards to revenue. This is not to say that we've lost our hunger for growth. It means we can instead afford to be slightly more discriminating when we say "yes" or "no".

For my team, this means that there are fewer bad clients and bad projects, which ultimately results in a more positive work experience on a day-to-day basis.

When we were primarily project-driven, I'd rarely say "no" to anything. My estimates were generally very conservative from a margin standpoint because I operated from the perspective that I could not afford to lose a project due to cost. We needed to replenish the coffers on a monthly basis.

The nature of a project-based business model is that some periods are going to be busier than other periods. We faced considerable ebbs and flows, and our inability to forecast revenue with any sort of meaningful estimate generally meant that we were understaffed during the busier periods and overstaffed during the slower periods.

During the busy periods, this caused considerable strain of the team and impacted the quality of our product. There was an increased propensity towards working late nights and even weekends. And the constant racing from one low-margin project to the next resulted in a lack of attention to detail, regular mishaps and oversights, and a frequently frustrated client base. The team was generally stressed, and each workday was a challenge.

During the slower period, the team would grow complacent and lethargic, which made it more difficult to get the wheels turning quickly when a new project came in the door. There was a "remobilization" period where everyone needed to get used to producing at a high level again.

Transitioning to a more retainer-based revenue model allowed us to build a team based on a volume of work that is predictable, enabling us to maintain appropriate levels of bandwidth to keep the work-life balance in check for our staff. It has also allowed us to dedicate a bit more time to ensuring that our processes and systems are in place and being adhered to, which has resulted in a higher caliber of product overall.

There was a running joke in the office that "no two days looked the same." With a project-based business model, we were inundated with client fire drills and constantly shifting between projects based on the perceived need in the moment. This resulted in a chaotic and restless workplace.

Human beings generally fall into routines (both good and bad) in all areas of life. There is a sense of safety and security that results from habit, routine, and uniformity in our day-to-day lives. This is not to say that variety is necessarily off-putting, but rather that constant chaos can be disruptive to our interior dispositions and psyche.

Retainer-based revenue has quelled much of the chaos. For the most part, everyone on the team knows their roles and has visibility into what their work day will look like prior to arriving in the morning. Shifts still occur, and there are still fires that need to be put out but to a lesser degree than ever before.

Retainer programs inherently possess an element of repeatability that transcends what exists with project-based work. There are tasks that need to occur daily, weekly, and monthly that can be clearly defined, which allows staff to create repeatable processes and systems to accomplish work. This has introduced a sense of comfort via structure and organization that every member of the team has benefited from to some degree.

The nature of project-based work is that -- for most projects and most client relationships -- there are defined beginning and end points. A website redesign, for example, tends to begin with a discovery process and ends with the launch of the new site. In the past, our average project duration would run somewhere between three and six months, and we'd have somewhere between one and two dozen projects running at any given point in time.

The transition to a retainer model has resulted in longer-term relationships with our clients, where we are capably of truly become invested in the client's success and enjoy a real sense of partnership with many of them. For better or for worse, most of these relationships are going to last for at least 12 months. We become yoked to our clients, and them to us, as though we're on a journey together. Our wins and losses are mutual.

We're relational creatures, and the longer-term client engagements imbue a sense of meaning and humanity into the work that many times did not exist in our project-based model. We get to know our clients on a deeper level; we talk about their families, their hobbies, and their lives outside of work. This impacts agency culture in a deep and profound way: No longer do we view ourselves as day-laborers working on a construction project. We are strategic partners contributing to our clients' overall successes.

An agency, especially a small agency, is acutely dependent upon its human capital. An agency needs to retain and recruit top talent to scale and grow. One very tangible impact of predictable and forecastable revenue is that employees can be rewarded more generously for their contributions. Many agency owners desire to compensate their employees better but cannot due to the financial constraints that fluctuating revenue places on the organization.

Predictable revenue enables agencies to make tactical decisions about employee compensation that are tied to more reliable and trustworthy metrics. For us, it means that we're able to treat our employees with a greater generosity than would be possible otherwise. The team is happier and retention issues are diminished, which reduces the time and financial overhead associated with turnover. In addition, it fosters a culture and environment where people are happy to be every day -- something every agency and client wants.