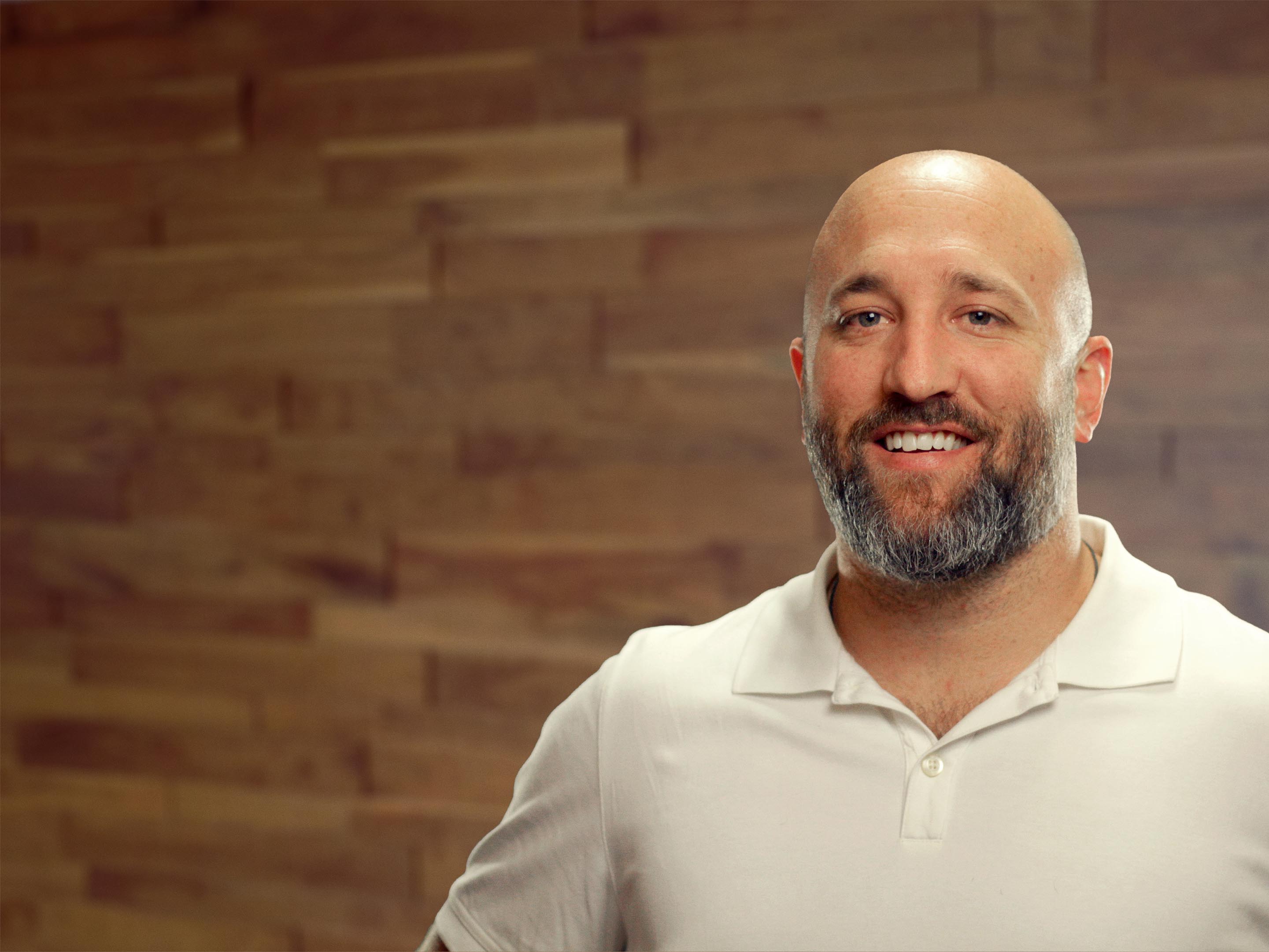 The Biggest Mistakes Agency Owners Make When They're First Starting Out

Agency owners are in a position of needing to juggle a lot of responsibilities, especially when they're just starting out and trying to get their business off the ground. Owners are typically wearing many hats and putting in long hours for very little financial reward and a few sporadic moral victories.

It can be an exhausting, frustrating, and oftentimes, scary experience.

Growing a business is -- in some respects -- like raising a child. And as many parents will freely admit, there is no handbook or blueprint to being a great parent. You'll invest everything you have into raising a human being according to your value system, but there is no guidebook to consult when the path forward is unclear or obstacles arise. Parenting is a generally thankless endeavor, and in many cases, parents don't truly reap the rewards associated with their investment until decades later. Until then, it's a slow but gradual transition from dirty diapers and sleepless nights to college tuition and bail money.

As the generally obtuse owner of a boutique agency, I've learned many lessons the hard way. Fortunately, none of our early mistakes were capable of completely suffocating growth, even if they did result in sleepless nights and considerable headache. Hindsight is 20-20, so here's some advice aimed at helping new agency owners avoid the mistakes my agency made.

Worrying about money sucks, and it doesn't actually make you any money.

In the first two to three years of business, I was uneasy and scared with unhealthy regularity. I was constantly worried about being able to support our growth from a financial perspective. I was scared that we wouldn't make our next payroll. And if I had visibility into how we'd make our next payroll, then I was worried about the one after that. We had no money in the bank, and the entire operation was running paycheck-to-paycheck -- so to speak. It was a period that taught and instilled what I believe to be a tremendous virtue: trust.

My fear for tomorrow or tomorrow's tomorrow was rooted in a lack of trust. Over time this fear dissipated and was replaced with a confidence that as long as we were doing our best, even in light of our imperfections, business would continue to grow. I didn't need to worry about where money was going to come from as long as we were not compromising our core values in its pursuit.

I needed to learn to trust one of the many basic maxims that our universe seems to operate around: Human willpower and desire, if appropriately supported by effort and even in light of imperfections and fallibility, will elicit reciprocity from the universe. The concept is better elucidated by W.H. Murray:

Until one is committed, there is hesitancy, the chance to draw back, always ineffectiveness. Concerning all acts of initiative (and creation), there is one elementary truth, the ignorance of which kills countless ideas and splendid plans: that the moment one definitely commits oneself, then Providence moves too. All sorts of things occur to help one that would never otherwise have occurred. A whole stream of events issues from the decision, raising in one's favour all manner of unforeseen incidents and meetings and material assistance, which no man could have dreamt would have come his way.

"Leap, and the net will appear."

The business is a means, not an end.

It would be foolish to clench your fist so tightly around a penny that you were unable to receive a dollar bill being offered. And it would be tragic if you became a prisoner to, or enslaved by, something that was itself intended to be an avenue for your freedom.

We started an agency for a number of different reasons, not the least of which was a desire for freedom as it pertains to time, finances, and authority. Ostensibly, among other things, we took the risk and started an agency so we'd have more flexibility to enjoy our time with family and the fruit of our labors. And yet precisely the opposite occurred.

For the first couple of years, I oftentimes worked nights and weekends and sacrificed time with my wife. I spent so many hours working that I did not enjoy the fruit of my labors. And rather than enjoying the autonomy that comes from being an employer as opposed to an employee, I became a slave to the business and enjoyed less autonomy than ever before. I was grasping so tightly to the business that I was unable to receive gifts that are demonstrably more valuable, like quality time with loved ones. As perhaps the most egregious manifestation of this, I found myself working through the evening one Thanksgiving to put out a client fire while my family celebrated in the next room without me. I lost an opportunity to make the sort of memories that will outlast the short-term gains associated with my labor.

Even to this day, it is difficult to avoid checking emails when I am at home spending time with the kids. I haven't taken a worry-free, non-working vacation in more than five years. While the business is supposed to be a means to an end, I oftentimes treat it as an end unto itself. Or as the destination rather than the vehicle that gets you there. And this is something common to many small agency owners. Yet, when we become a slave to something that was intended to liberate us, it can wind up doing more harm than good. It is equivalent to misuse or abuse of a gift, and - in extreme cases -- the gift being taken away from us is actually the best thing that could happen.

It is of critical importance to keep perspective: The business is a means to an end, not the end itself. It is important to continually protect yourself from the temptation to put the business in the first place, ahead of your loved ones, your time, and your autonomy. Let the business be an avenue towards your freedom, not the cause of your enslavement.

And as the business grows, it will become increasingly important that you approach your employees with the same informed perspective. You're not the pharaoh, and they're not building pyramids.

We're in the same boat, whether sinking or sailing.

This won't apply to all agency owners, but many of us went into business with a partner or two. Maybe you were best friends before going into business together. Maybe you were longstanding colleagues who complemented each other perfectly. The yin to each other's yang. Well, just like running a business can be likened unto parenting, there are definitely parallels between a business partnership and marriage.

Our relationship rapidly devolved. The business was in dire straits, the tension between us was palpable to our employees, and the agency almost certainly would have crumbled were it not for the wisdom of our collective counsel who advised that -- irrespective of the issues we were at odds over or took exception to -- we were the only two people in the Salted Stone boat; we would either sink or sail together. No outside opinion truly mattered, and no third-party judgment was of any longstanding significance. We were bound together within the agency, for better or worse, in good times and bad, until death (of the company) do we part. In short: We were working against ourselves in a very short-sighted manner when we each attempted to row the ship in opposite directions, or when we did anything short of trying to row in the same direction. If we didn't find a way to reconcile the relationship, we would only continue to injure ourselves and the viability of the agency.

And so we both put effort into swallowing our pride and accommodating the other, operating -- seemingly for the first time -- from the perspective that we were on the same team, ultimately fighting for the same goal, and functioning to the best of our respective abilities to grow the agency.

The emotional trappings of our relationship had been shed and replaced with something more stable and hardened: camaraderie rooted in respectful acknowledgment of our mutual interdependence, in light of our differences. And from this place, we were able to move forward in the best interest of the agency that, at the end of the day, is intrinsically tied to the best interests of us as individuals as well as our respective families.

If mistakes were nickels, I'd be a rich man.

I've likely done more things wrong than right over the past five years. That being said, our goal at Salted Stone is to never repeat the same mistake twice, and I think we've done a pretty good job on that front. However, we still somehow manage to find creative ways to make new mistakes on a rather consistent basis.

I believe that this is the case for all agencies; after all, an agency is merely an institution comprised of imperfect humans attempting to work towards a common set of goals.

My final piece of advice to a new agency owner, is to not take yourself too seriously, even in the face of being very serious about growing your business. You'll likely wind up with ever-evolving processes, systems, and checklists aimed at minimizing the occurrence or severity of the mistakes that you commit.

And those checklists will be ever-evolving precisely because you'll continue to unearth new ways to demonstrate your fallibility as an agency. It is bound to happen, and truthfully, it is not that big of a deal. Clients are people, too. They are generally forgiving of mistakes as long as you admit and attempt to make right by them.
And if not, they're probably not the sort of client you'll want to work with in the long run.