A colleague lost quite a few Twitter followers this past Thanksgiving when she decided to run a temporary series of Pilgrim joke tweets accompanied by funny hashtags over the holiday break.

HesterPrynne: This Scarlet A is super heavy. Hey Dimmesdale, wanna help me take it off? #WinkWink #PilgrimTweets #1stTurkeyDay

While the loss of followers wasn't the intended result, it did provide an opportunity to think over Twitter as a medium and provided us with interesting fodder while discussing the incident over happy hour.

The conversation led me to realize that Twitter is akin to the radio with each Twitter handle in effect running their own unique station that broadcasts different types of content.

And the most popular feeds are the ones with owners (DJs) who have mastered the basic ideas behind running a successful radio station.

Here are 3 things radio stations do well, that can be applied to Twitter publishing as well

If I start following a Twitter account that talks exclusively about global warming and then all of a sudden one day there are random tweets about the San Francisco 49ers or what the account holder ate for dinner, I'm probably going to lose interest and if it persists for long enough, I may end up unfollowing the account.

In regards to our colleague and her Pilgrim joke tweets, it's possible that she could have prevented most, if not all, of the follower loss had she simply provided her followers a "heads up" before she started the joke tweets, maybe even offering a reminder every couple of tweets that said she would be "back to her normal broadcasting" after the holiday.

Radio stations provide listeners with a blend of content, from broadcasting news and stories to original content (talk radio and/or music) that will resonate with the core demographic.

Twitter is no different. Popular feeds often do a good job of mixing original content along with retweets or links to related accounts, websites and information. There are exceptions of course (news aggregate only accounts for example), but it's probably a good rule of thumb to keep a good balance going. Share your own stuff along with articles, photos, videos and ideas from other sources.

There are all kinds of articles out there that give advice about how many times a day or hour or week you should be tweeting and they all seem to have the statistics to back up their theories. Really though, it's all about testing things out on your own.

Tuesday at 2pm EST may be the most effective time for some companies to tweet, but a late night food delivery service account could probably vouch for the benefits in tweeting from midnight to 3am instead.

Whatever you're tweeting about, figure out how often it makes sense to contribute to the flow of information and try to stick with it.

Whether it's two times a day, Monday through Friday, bumped up to six times a day on the weekends, or just simply once a day, figure out what your followers like and then stick to it.

There also could have been another issue with our colleague's Thanksgiving joke tweets. Maybe the increase in posts in her followers' main Twitter feed was off-putting because they weren't accustomed to hearing from her account with that level of increased frequency. 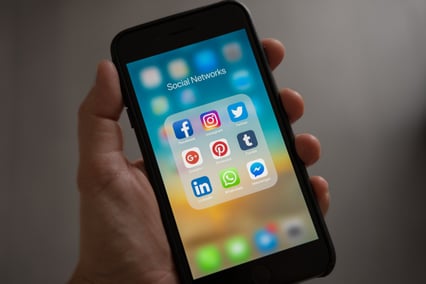 While our colleague will never have the exact reasons why she lost those 20 followers over Thanksgiving, she can make some good guesses as to why and try to implement strategies for future Twitter activity that would prevent this type of thing from happening again.

And if you're ever in doubt about what to do on Twitter, just refer back to your favorite radio station and think about what they might choose to do in a similar situation.