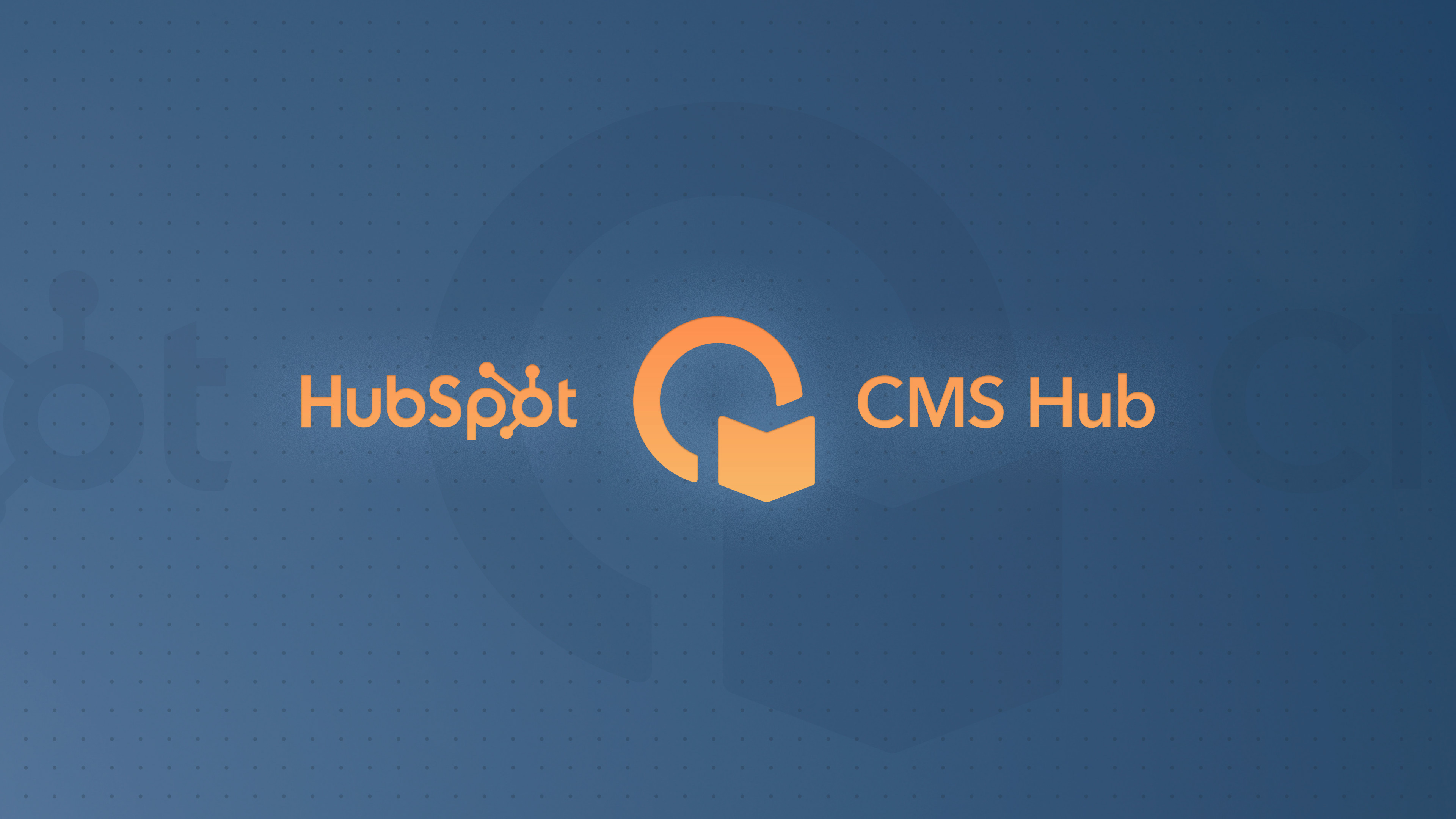 Trust Me, HubSpot CMS Hub Is Worth Getting Excited About 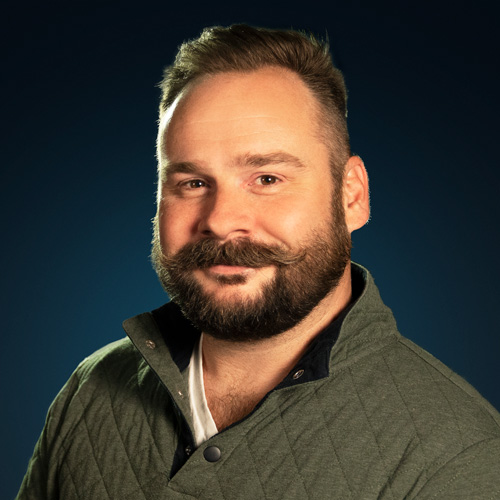 For years now, whenever I’ve been asked whether we would recommend building a site on WordPress or HubSpot, it’s been a coin flip. Now, as HubSpot rolls out its newest product line, the scales are tipping more and more often towards HubSpot’s powerful, user-centric CMS.

As a WordPress early adopter, this feels like a massive sea change for me.

But hear me out:

It’s a long way to the top

I spent the early years of my career navigating the turbulent rise of the WordPress ecosystem. Before I joined Salted Stone, I was among the first group of web designers that figured out we could sell WordPress themes and plugins (and make money on what was essentially a byproduct of our client work).

But the exponential growth from a small blogging tool to the CMS platform that would come to dominate 35% of the internet wouldn’t come without some significant pitfalls.

Even as it became evident that WordPress would be a de facto contender for nearly every website made for the next decade, it gathered a reputation for frustration. The aggressive growth of that ecosystem came at the cost of stability, ease of use, and practical functionality for growth-minded businesses.

Coming from my background, you might expect me to be a true believer, but let me set the record straight — I’m incredibly excited about the new HubSpot CMS Hub.

I'm noticing a lot of things that HubSpot is getting right that WordPress got wrong.

It’s made for ordinary humans

Drag-and-drop visual editors have been around in WordPress and other CMS platforms for years now, but they’re rarely any good.

In fact, they’re often slow, cumbersome, and prone to breaking if you even look at them the wrong way.

So, imagine my surprise when I began tinkering with HubSpot’s newest drag-and-drop tools . . . and it actually worked the way I’d always imagined a visual editor should work.

I was blown away.

Of course, not everything on a website needs (or even should have) a drag-and-drop editor, which is another reason I’m loving building on the new CMS. Things that are better off being locked down can be locked down, making it more efficient to make updates on static pages without feeling like you’re wading through a forest of configuration options.

We’ve already built several websites using the latest CMS Hub tools, and our account managers have been shocked at how incredibly easy it’s been to get client teams up and running.

Training sessions that previously took 1-2hrs can now be done in 30 minutes because the interface is intuitive, uncomplicated, and designed with the same basic UI patterns that the rest of HubSpot is built on.

The themes and apps are done right

As recently as 2017, WordPress’s own annual survey revealed that the most frustrating part of working on the open-source CMS was working with themes and plugins.

Any CMS platform that would dethrone WP would need to find a solution to this problem, and HubSpot has done it.

Hubspot has a reputation for building tools that serious businesses use to drive their growth. The same level of foresight and consideration for business use-cases shines in their vision for themes and “apps” (which are analogous to WordPress plugins).

In general, I’m a big believer in open-source projects, but that doesn’t necessarily extend to commercial websites. Because HubSpot’s ecosystem of themes and apps is carefully curated by their team, there’s a level of quality control that is essential for stability. . .

. . . and stability is critical when it comes to business websites. For me personally, it means I'm not worrying about an update breaking a site we built a year ago.

I've built a lot of WordPress sites in my day, and here at Salted Stone we pride ourselves on careful, thoughtful development on WP . . . but that doesn't mean that we don't get calls once in a while to go back and troubleshoot a site we built because someone installed a plugin that broke everything — or because WordPress released an update that broke a previously stable plugin.

With CMS Hub, themes and apps aren't really given the ability to access things that could lead to major issues. It’s much, much more difficult to catastrophically ruin your website . . . and I think we can all agree that’s a good thing.

Where the borders between content, layout, and functionality are incredibly blurred on a WordPress site, HubSpot’s CMS has clearly defined lanes.

If you’ve used any of the top-selling WordPress themes on ThemeForest, you’ll know that they’ll claim to do everything under the sun and pour you a cup of coffee while they’re at it. But the reality is that those themes tend to be bloated, slow, and incredibly complicated to manage as they often require over a dozen third-party plugins to drive their functionality — and that’s a dozen more things to keep you up at night.

In the HubSpot CMS, themes stay in their lane and leave the advanced functionality to apps, which, again, are curated by HubSpot’s team for quality control.

It’s made for marketers

In fact, for many companies, a website is the most valuable sales and marketing tool. That’s why I firmly believe websites should be owned by marketing and sales teams.

I’m not implying that we should minimize the role of designers or developers, but in 2020, there is no reason why any SMB or enterprise sales or marketing team shouldn’t be able to maintain their own website. Many parts of a website are intended to grow and change over time, and you should not need to hire someone to do that for you.

You don’t have to choose between easy-to-maintain and good anymore. That’s been true for a while, but CMS Hub proves it beyond a shadow of a doubt.

Of course, there’s a difference between maintenance and structural change. (You wouldn’t hire a contractor to rearrange the art on your living room wall, but you probably would call them to build an extra bedroom.)

But the fact is, most of the updates marketers and sales teams want to make to websites over their use-life are not structural changes.

When we build a website on the HubSpot CMS, there are no long-term service contracts. That’s not a business decision we've made; we just don’t need to sell them. After some basic training, our clients’ marketing teams can maintain their own websites.

Sure, the design might lose its appeal over time. They might want to add additional functionality later on that requires our team to come back and help out. But overall, the website is theirs to own.

Website, sales, and marketing tools all live in the same place

I’m a marketing strategist. I eat data for breakfast, lunch, dinner, and, more often than I’d care to admit, as a midnight snack.

But I’m not interested in cooking that data up into a meal over and over again — I want it prepared and ready to eat. Despite WordPress having a useful HubSpot integration, it’s not the same thing as the native connections between HubSpot Marketing, Sales, and Support Hubs and the new CMS Hub.

When your website is built on HubSpot, it becomes easy to use tools like HS forms, CTAs, and smart modules. All of the tools you need are built into the UI, and you don't need to copy/paste code from one platform to another or rely on plugins to connect the two.

There’s also no chance that the CMS will outstrip the other tools or vice versa — HubSpot is not going to push an update to the CMS that breaks its connections with Marketing Hub or any other tool they make (the same can’t be said for WordPress integrations).

It’s also huge for me that all your reporting is on one screen.

This might sound trivial, but needing to open up another set of tabs to manage your website is a small headache that can add up over time.

The fact is that if making small changes to your site is a drag, you’ll end up avoiding it or delegating that task to a single person on your team who will go on to become the gatekeeper for any updates at all (sound familiar?).

Working in a single platform makes it painless to go from checking your new landing page’s performance to updating your team page because you added a new employee. It means you don’t need to learn and balance several different UIs or manage user credentials for entirely different systems. Fewer headaches on this front mean you get to stay in the zone.

The future is bright

My last point is a consideration that I often find myself factoring in silently when we recommend a CMS to our clients: what I think the platform will look like in a year, two years, and beyond.

With HubSpot, I feel great.

They're constantly releasing smart feature updates that align to their audience's needs. I might gripe that some of my own personal wishlist items aren't released sooner, but I have a lot of trust in HubSpot's CMS product team, because they've made a lot of smart decisions that have led to an incredibly user-friendly, flexible, and stable CMS tool that's a delight to build on.

Make your competitors nervous by building your next web project with Salted Stone. Contact us today!

Got a question for Brandon Jones?