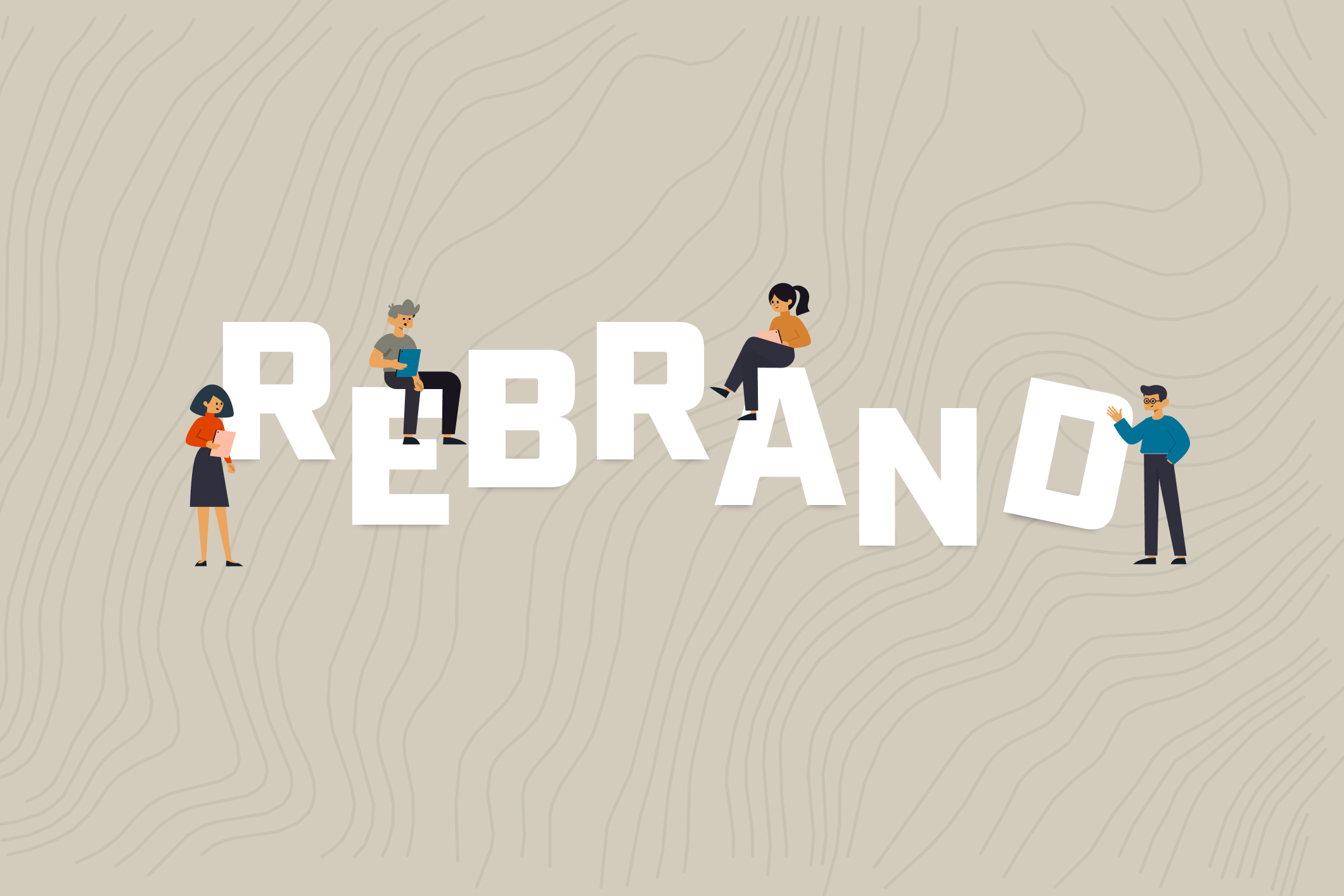 Rebranding Lessons From the Best & Worst Rebrands, Ever

So you’ve probably heard the news.

The surprise rebrand is one of the company’s efforts to shift away from being known just as a social media company and focus on Zuckerberg's plans for the “metaverse”. It sounds like science-fiction and Meta says the name change is its first step to building “the next evolution in social technology.”

Facebook has been under intense scrutiny over the past few weeks after whistleblower Frances Haugen called out Facebook’s Instagram platform as a toxic place for teen mental health. And antitrust regulations are pushing to break up the company and put a stop to metacapitalism. With public trust in the social media platform flagging, the rebrand just feels like a distraction tactic.

Rebranding sure has its risks. Get it wrong, and it can be a slippery slope toward damaging your reputation and losing your customer base. As the Facebook rebrand debate continues, we thought we’d look back on rebranding success stories and the worst rebrands in recent years.

Read on to find out the lessons you can learn.

‘The Man Your Man Could Smell Like’ campaign has been hailed as one of the most successful rebrands of the 21st century. Pretty impressive for a brand once struggling to generate appeal.

The problem with Old Spice was its connection with granddads. Old Spice meant old man smell, perhaps not the best association for body wash. In the past, the personal care brand was marketed to 40-60-year-olds, but market research revealed 18-34-year olds should be the ideal target audience. Old Spice had to figure out how to lose the old man vibe.

It turned out one key insight held the answer: 60% of body wash purchases are made by women. This was the basis of the hilarious repositioning campaign. Check out the first campaign ad below.

Launching on Super Bowl weekend, Old Spice targeted millennial couples where they’d watch together and spark a conversation. And it was a hit! Although the messaging spoke to women as the primary purchaser, both men and women enjoyed Old Spice Guy’s witty monologue. An interactive follow up campaign launched soon after that provided amusing responses to 186 different customer questions.

The campaign dramatically boosted sales – 6 months on, sales of Old Spice Red Zone Body Wash doubled on the previous year. Since then, Old Spice has launched many equally entertaining sequels, helping the company become the leading male body wash and deodorant brand in the U.S.

Lesson: With a deep understanding of your market and a dash of creativity, you can transform your brand.

Now this one deserves the title of ‘One of the Worst Rebrands’ of all time.

British Petroleum, better known as the multinational oil & gas company BP, once had the same bland shield logo for 80 years. So at the turn of the millennium, BP set out to rebrand into a greener company – a challenging, ironic feat given their fossil fuel focus.

The rejuvenated logo is said to portray the symbol of Helios, the Greek god of the sun, and their purported commitment to becoming an eco-conscious company. Suspicious, but okay. Apparently, BP spent an astronomical $200 million on the PR campaign and logo development. 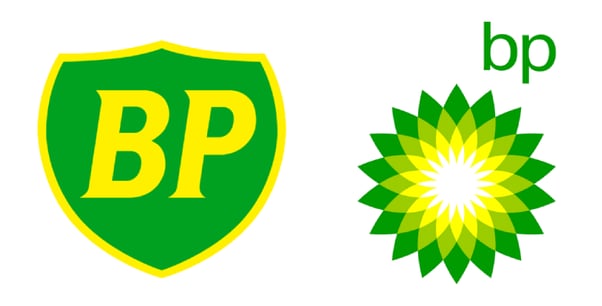 Later in 2003, BP revealed a new tagline: Beyond Petroleum. This sketchy rebrand garnered scepticism from environmentalists and marketers, and rightly so – it felt like a joke. Only an estimated one per cent of BP’s activities were thought to come from sustainable sources in 2000 and just 4% in 2008, years after the tagline announcement.

BP got past the criticism until it caused one of the worst oil spills in history. The backlash was, understandably, harsh. Campaigning organisation Greenpeace joined the conversation and asked followers to redesign the BP logo.

In the end, the costly rebrand amounted to nothing more than greenwashing, their positioning at odds with their activities and disastrous environmental impact.

It seems BP has learned from its marketing mistakes. “We’re constantly reviewing our brand positioning,” claims the website, “[to ensure it] supports both our current business and our aspirations for the future.” We sure hope so.

Lesson: Be sure to accurately represent what you stand for and deliver on your promises.

What’s the first thing you think of when reading the word “McDonald’s”? Perhaps the golden arches, a Big Mac or a Happy Meal?

For decades McDonald’s has been criticised by consumers and public interest groups alike for their cheap junk food and contribution to the obesity epidemic. In the noughties, this flared up thanks to the release of ‘Super Size Me’. It documents the filmmaker on a strictly McDonald’s diet for 30 days, bringing to light the health consequences of fast food overconsumption.

Consumers were already less inclined to pull up at the drive-through, but the doco was a real watershed moment. Super Size Me caused people worldwide to reconsider their choices and McDonald’s’ sales dropped. That's when they took control of the narrative.

Revising one of the most recognisable logos wasn’t an option: the rebrand had to focus on McDonald’s positioning as a fast-food chain. Here are a few ways Maccas appealed to health-conscious consumers: 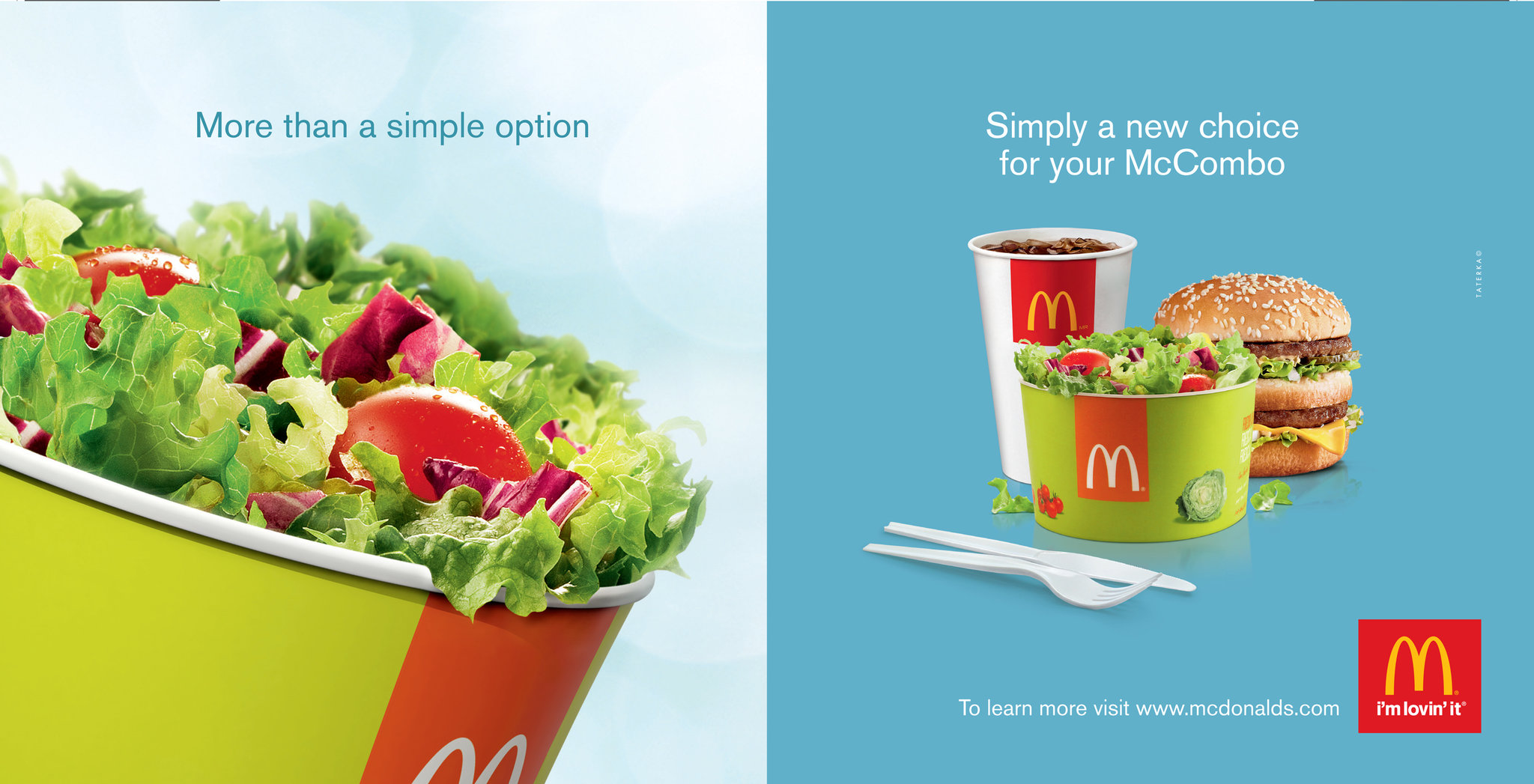 By adapting their offering and messaging, the fast-food retailer managed to reinvent itself. Once the initial outcry over health impacts waned, consumers started to see McDonald’s in a new light. The changes helped McDonald’s maintain relevance in major markets as consumer tastes and preferences shifted toward healthier options.

However, this isn’t the only time McDonald’s refreshed their image. In recent years, outlets have undergone refurbishment into a restaurant-style dining experience. Pledges to make Happy Meals healthier and more sustainable were also announced. Sure, McDonald’s continues to produce fast food, but its branding continually evolves with the times. And it works.

Rebranding lesson: Flexibility is key. Listen to what your customers say and adapt accordingly.

British luxury fashion house, Burberry, wasn’t always synonymous with style as it is today. The brand and its signature beige check underwent a massive overhaul in the early 2000s. Here’s why.

Once iconic and associated with class, Burberry was worn by celebs and the fashion-conscious elite. But the check print gained an unfortunate association with gang culture. People expected that if you got mugged, the criminal would be decked out in Burberry. Famously, two Leicester pubs banned patrons from entering if they wore the brand. It became the fashion choice of hooligans and tied to antisocial behaviour.

To add insult to injury, Burberry was a victim of counterfeiting. The check was easy to copy which damaged their exclusivity. Overexposure meant Burberry was another term for bad taste.

The brand had to sever its undesirable image and tap into its 150-year heritage as a British style icon. This wouldn’t be an overnight fix. 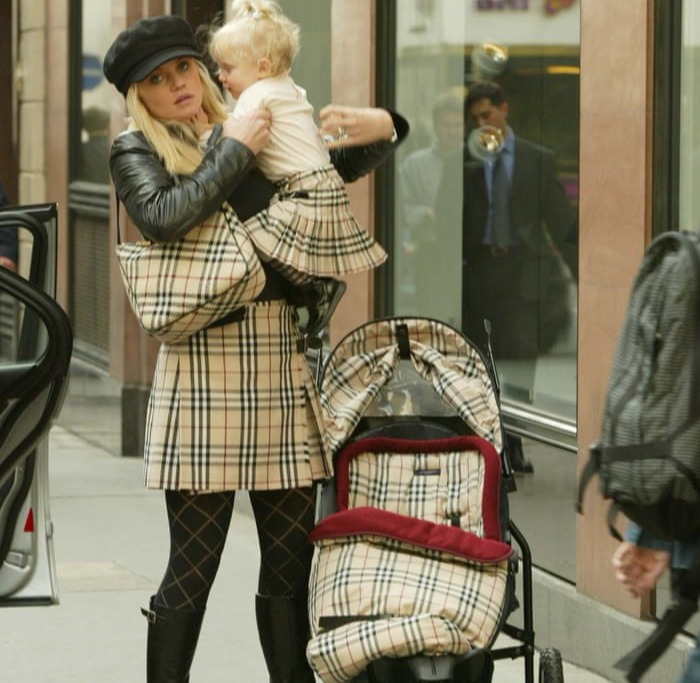 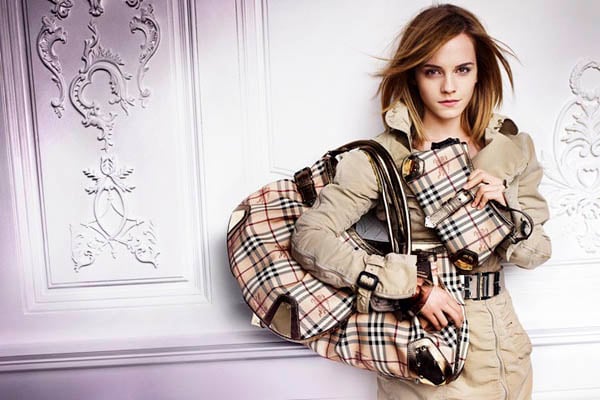 Aherndts bought back 23 trademarks Burberry had sold that allowed other firms to use its check on anything, even disposable dog nappies. This allowed the brand to reclaim its status and was pivotal in destroying negative stigma. Annual sales reportedly more than doubled since 2007 to £1.9 billion.

Lesson: Brands can undergo a total refresh without forgetting their heritage.

Weight Watchers is a globally recognised weight loss program that evolved into a “wellness company” as of 2018. Well, so they tried.

After 55 years as Weight Watchers, the company introduced the updated name “WW” accompanied by the tagline “Wellness that Works.” Their goal? Inspire healthy habits 365-days a year and commit to “purpose” in every aspect of the business.

With the body positivity movement in full force, brands are quick to use this as marketing ammunition. “Healthy is the new skinny,” CEO Mindy Grossman aptly explained. Balanced eating and self-care are exactly what Weight Watchers attempted to promote. Except the company confounded their audience with vague, inconsistent messaging around their rebrand and offering.

Take this Instagram post below. Are they about weight loss? Healthy eating? What does “Wellness that works” even mean?

At the most basic level, consumers felt confused about what to call them. Just try pronouncing “WW”. Coinciding with the revised name was a revised diet wellness program. Historically, the company requires members to log food intake. Different foods are assigned different points and each person is allowed a total they can consume each day.

While there were some positive changes among the confusing ones, Weight Watchers also announced plans to offer free six-week membership to 13-17-year-olds. It would help tackle childhood obesity, so they said. In reality, dieting normalises calorie restriction and can promote body image issues. People were quick to call out Weight Watchers for disguising dieting as wellness.

Weight Watchers: We are changing our name to WW

Me: Are you also gonna change the point system to something that empowers people to understand nutrition instead of making them stay dependent on you & your fuzzy math for fear of leaving & gaining all the weight back?

As we’ve seen, rebranding can be risky. In the second half of the 2018 financial year Weight Watchers lost 600,000 subscribers and stock dropped 34% after reporting poor Q4 results.

They’ve since stuck with the WW logo, but with “Weight Watchers Reimagined” alongside, in an attempt to restore the brand recognition they lost.

Lesson: Provide context to your rebrand to avoid confusion and roll out in stages.

Best: Coca-Cola updates a classic with a modern approach

The 2011 ‘Share a Coke’ campaign saw Coca-Cola’s first sales increase in over a decade.

It comes as no surprise that soft drink consumption has been on a downward spiral since the 90s. Sales have dropped because these days we’re pretty mindful about what we consume. Rewind 10 years ago, and soft drinks were swapped for pseudo-healthy alternatives like Vitamin Water and iced tea. So Coke hit back with a brilliant rebrand to increase their appeal.

You might recall the buzz of finding your name on a Coke bottle at the supermarket. The iconic bottles and cans were wrapped in labels that invited us to “Share a Coke…” followed by a popular name. Customers loved the idea of a bottle with their name on it, so much so, many purchased two at a time to share the novelty with a mate. Genius.

If your name was unique, you could order a custom-labelled bottle. No one had to miss out.

The rebrand initially tested in Australia strengthened the brand’s bond with consumers. Coca-Cola went on to replicate success in other countries, customising the names to suit local markets. Ogilvy, the advertising agency responsible for the campaign, notes Share a Coke ran in over 80 markets for the last seven years. And in 2020, it made a comeback in Australia featuring names and colloquialisms like Shazza, champ and legend.

Lesson: Done right, experiential rebrands can resonate with your customer base.

What lessons can marketers take away?

It’s clear that not all rebrands go off with a bang, but with careful consumer research and strategic planning, you can ensure it hits the mark. Only time will tell if the Facebook rebrand plays out in their favour.

If you’re about to embark on a rebrand of your own, keep these tips top of mind:

Having a brand that connects with today's market is critical to growth. Getting it right is a delicate balance of strategic know-how, market research, creative design and brand voice. If you are looking to rebrand or create a new product line, then we're here to help.

Talk to the experts today.